Be The Change You Wish To See In Your Relationship

One couple came into session wielding weapons of war. Bryant complained that when they argued, he felt “mad and insignificant” and characterized his role within the marriage as a “little kid.” His wife shared her emotional experience of the verbal combat, saying, “I feel betrayed,” quickly adding, “I feel guilty.”

Obstinate perceptions are entangled with gnarly emotions on the field of battle. Emily shared that she had woken up, rolled over, kissed her husband on the cheek, and said, “Good morning!” he had given her an annoyed look in a split-second reaction, failing to reciprocate. At that moment, upon perceiving rejection, she had felt herself immediately become reactive and prickly. And then round and round they both went for hours.

Baylor University research professor Dr. Keith Sanford studied the perception of emotion in couple relationships, calling emotions perceived as asserting power “hard” and emotions perceived as expressing vulnerability “soft.” Sanford found that when one partner observed an increase in “hard” emotion from the other, anxiety rose as a result of perceiving a threat to control, power, or status in the relationship; when one observed a decrease in “soft” emotion or an increase in what Sanford called “flat” emotion, anxiety rose as a result of perceiving emotional neglect. Hard and soft emotions react in a reflexive fashion to perceived threat and neglect in a nearly moment-by-moment chain reaction.

What you perceive your partner to be feeling influences different types of thoughts, feelings, and reactions in yourself, whether or not what you perceive is actually correct. Yet we’re a glutton for our own perceptions, aren’t we?

Emotional knee-jerks kick vulnerable private parts, and our sense of safety pulsates at every retort. The more we accuse or defend, the less we feel heard, understood, or appreciated, and the more we feel judged, belittled, and rejected. Our peace is as fragile as our pride is impenetrable. Arguments drenched in defending, criticizing, and debating facts constitute what I call tailspin, which leads to resentment and emotional paralysis. 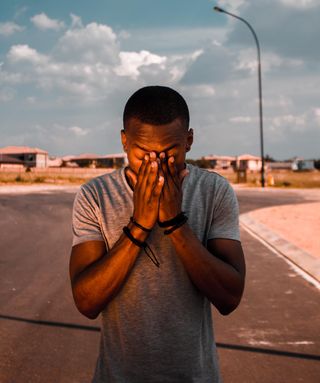 Emily and Bryant both agreed that their automatic reflex is to react and to defend. I challenged both of them that in order to move forward, they must calm their inner voices and emotional reflexes when there is an attempt from the other to confess, correct, or connect, that they must increasingly learn to tolerate disappointment and disagreement in the absence of validation.

One evening, Bryant confessed to Emily that he knew he put her through an emotional ringer, yet he loves her and is glad they are moving forward together. Emily said she felt validated. I attempted to focus more on and, thereby, amplify their focus on that connection. They had already been working to calm strong impulses to be aggressive or withdraw in reaction to perceptions of threat or neglect, and perhaps this would help turn the tide.

The perceived provocations and failures of the ones we love have the power to overwhelm us and paralyze intimacy. Too often we move from personal disempowerment to personal empowerment. We must learn to cultivate relational empowerment.

At a later session, Bryant shared he believed that therapy sessions had become a safe place to be raw and vulnerable together and that perhaps they had been battling less out-of-session lately because they didn’t yet feel skilled enough to prevent the vicious cycle from being triggered. I challenged that hypothesis, countering that perhaps they had been more skilled than he realized in managing their reactions and maximizing opportunities for connection, as they had actually already reported doing both of these well over the past week. They were increasingly self-disciplined, and what’s more, they were becoming more relationally mature.

Get over the idea you’re going to find the perfect mate. At the risk of joy and fate, we must grow together along an arc of affection, responsiveness, and civility, gaining marital agility in order to be the perfect mate.

With irritation conjoined with self-doubt and anger with fear and shame, our hurt keeps us on the lookout for slights and provocations, yet we never lose our capacity to choose, to act in spite of the anxiety and conflict rather than at its whim. May we learn a better way, and may we be the change we wish to see in our relationship.

Note: Identifying names and details have been altered to protect client privacy.